Dwie Siostry Publishing is famous for the highest aesthetic and editorial quality of its books for children. Since the onset, we have been striving to set the highest standards in this area by publishing carefully selected titles of Polish and foreign authors. For some years now we have been witnessing with pride and satisfaction the development of Polish book illustration, which we've been also contributing  to and rooting for its international success.

Thanks to positive changes on the children’s book market, Polish books for children are becoming more and more present all over the world. In order to support this process and to stimulate a still unexplored potential of young authors, we decided to launch the first edition of the international competition for an illustrated children's book project - CLAIRVOYANTS 2014. We hope that it will give another positive boost to Polish (and not only to Polish) children’s books that they become even better.

The aim of the competition is to launch the process of creating beautiful and valuable books for children and to discover talented artists and give them chance to become known on the Polish and international book market.

The competition is open to both newcomers and experienced artists from Poland and abroad, participating individually or in a team. Participants need to be at least 18.

The purpose of the competition is to prepare a project (draft) of an illustrated children book in Polish or in English language. Submitted works should include a script or a storyboard of the whole book, together with 3 finished double spreads and the cover.

Submitted projects will be assessed according to the following criteria: artistic quality of the work, originality, the form which inspires child’s imagination and the content which takes into account child’s sensitivity.

Competitors may be awarded with 3 categories of prizes:
1. The main prize of EUR 2,500 and two honourable mentions – by the international jury;
2. Book publication – by the Dwie Siostry Publishing House jury;
3. Participation of best competing works in the post-competition exhibition.

Competition results will be published on 28 February 2015 on this website. 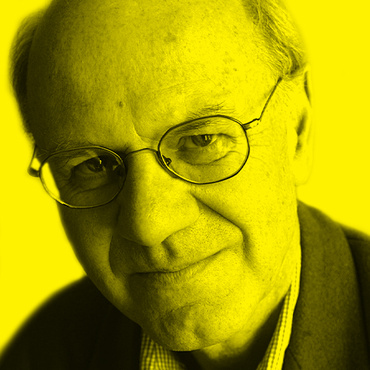 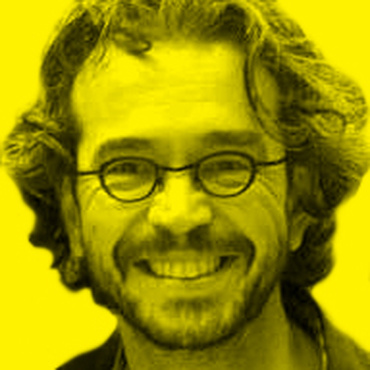 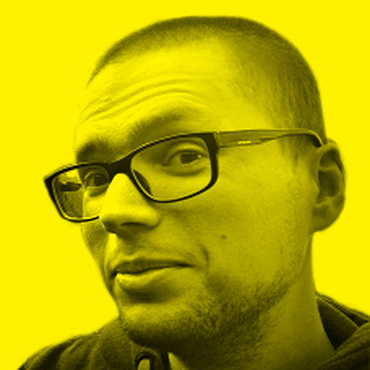 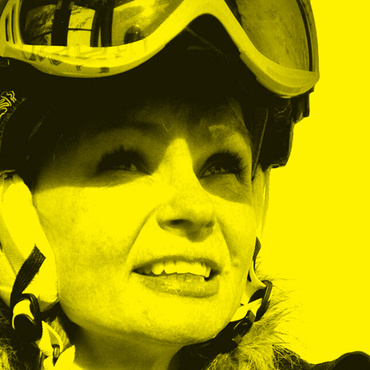 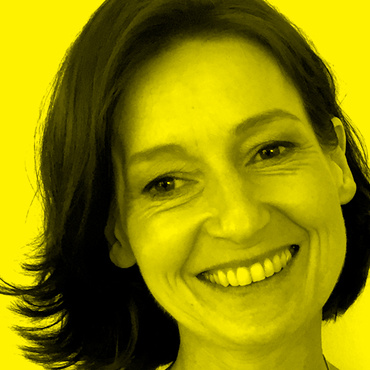 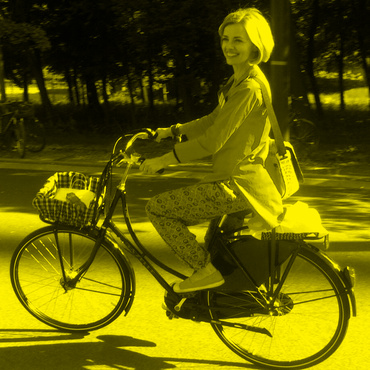 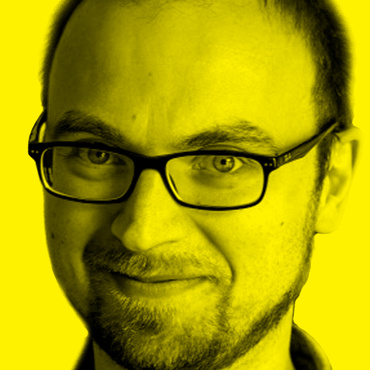 Toon Tellegen
Dutch writer and poet. With his absurd animal stories he has created a unique literary world, that enchants children as well as adults. He has been awarded with all of the important prizes in the field of children literature in the Netherlands.

Jadwiga Jędryas
Co-owner of Dwie Siostry Publishing and translator of many books from its catalogue. Graduate of the Applied Linguistics Institute of Warsaw University.

Maciej Byliniak
Editor, translator, literary researcher. He has been taking editorial care of most of publications of Dwie Siostry Publishing since 2007.

On the 17th of May 2014 the Dwie Siostry Publishing announced the first edition of CLAIRVOYANTS – an international competition for an illustrated children’s book project.

The submitted works were not only numerous, but also very diverse. Most of their authors are young artists from big academic centres in Poland, but we have also received entries by both experienced artists and amateurs. The jury remarked the high level of the submitted works.

The jury sitting took place in the Podchorążówka (Officer Cadet School) building situated in the Royal Łazienki Garden in Warsaw between 10th and 13th of February 2015. The entries were evaluated by two independent juries. 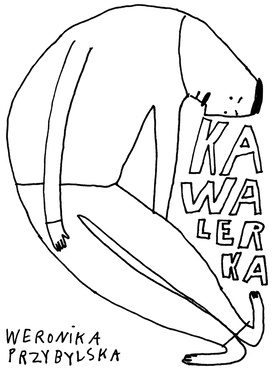 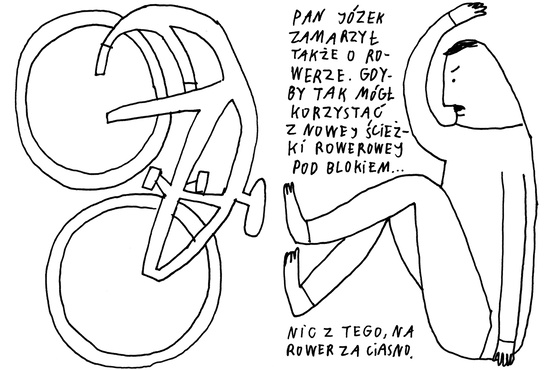 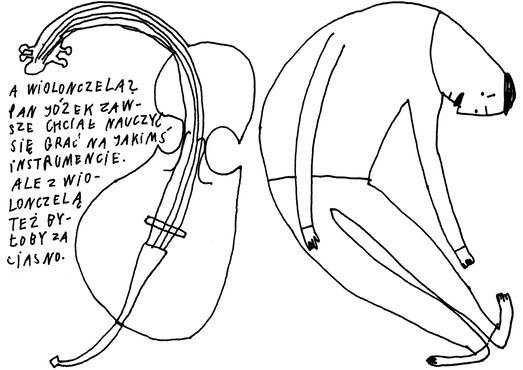 Honorary mention: ‘O panu z trzema nogami i panu w koszulce w paski’ (‘About a Man with Three Legs and a Man in a Striped T-shirt’) by Marta Kopyt

Every competition is a fantastic opportunity to discover new talents, new perspectives, but above all – authentic voices. We are honoured that the Dwie Siostry Publishing invited us to review the entries submitted to the CLAIRVOYANTS competition.

The most difficult part of a jury work is to come up to a conjoint appreciation, without losing a personal point of view of each member. That is why one can conclude that the power of the winning works lays in the fact that they have deeply impressed all jury members. Eventually we have decided to award three equivalent honorary mentions and one main prize. In doing that we have paid attention to the diversity of a children’s books’ scene.

The first honorary mention goes to the book ‘Średniowieczny Toruń. Instrukcja’ (‘Medieval Toruń. A Manual’) written by Magdalena Tosik and illustrated by Nikodem Prędowski – a non-fiction book chosen for its balanced components, efficient use of space, stylish colour palette and the way of conveying information. We believe that it is thanks to the book’s richness that children will want to pick it up. The design of the city plan and the technical information were presented in a meticulous way, but at the same time they are so playful that the content never seems dry nor excessively scientific, therefore by no means too ‘adult’.

The second honorary mention was awarded to the book entitled ‘Ping i Pong – wesołe świnki’ (‘Ping and Pong – Merry Pigs’) written by Olgierd Wąsowicz and illustrated by Natalia Uryniuk. The book won our hearts by its audacious directness and impish naughtiness. When kids see it, they will say: ‘That’s my book, and no-one else’s!’. It is a big-format book, perfect for a gift and suitable to be kept under the pillow. Its most striking feature is a specific choice of colours that is not too sweet and enhances its comic touch. It is an amusing fable. What a book!

The third honorary mention goes to the work entitled ‘O panu z trzema nogami i panu w koszulce w paski’ (‘About a Man with Three Legs and a Man in a Striped T-shirt’) by Marta Kopyt, such a funny and absurd book, that we just could not resist to choose it. It is full of surrealist humour and unbridled fantasy (we have never come across equally unbridled one!) which contrasts with a perfectly fitting and sober tone of a great poetic appeal. This book could be loved by children… until their parents pick it up and put it on their night table. As a reader you are constantly put on a wrong track and each time you think: ‘That’s a good one!’.

And finally, the winning work: ‘Kawalerka’ (‘Garçonnière’) by Weronika Przybylska; the jury unanimously selected it as the main prize.
It excels by a directness of its language, uniqueness of its drawing line and absence of colour – hence by a subtleness with which the story reveals itself. It is amusing, poetic and tender. It is told in perfectly balanced way: with beginning and end, forming a full crescendo. The book’s tiny format – the smallest among all entries – ideally suits this story. This book works in all its aspects; it brings the everyday life to the level of poetry that touches children and adults’ hearts.
Love is universal and has no age, and this is what ‘Garçonnière’ is about. 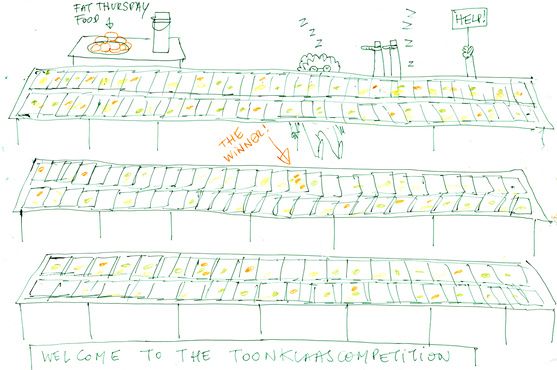 Even though 'Kawalerka' by Weronika Przybylska was not distinguished by the jury of Dwie Siostry Publishing, it will be published by Dwie Siostry.

The jury of the Dwie Siostry Publishing

The jury of the Dwie Siostry Publishing (Ewa Stiasny, Jadwiga Jędryas, Joanna Rzyska and Maciej Byliniak) awarded the main prize and two honorary mentions. The winning project will be published by Dwie Siostry.

Honorary mention: ‘Człowiek jaki jest, każdy widzi’ (‘Everyone Can See What a Man Is Like’) written by Marzena Matuszak, illustrated by Grażyna Rigall

The CLAIRVOYANTS competition sets high demands to potential participants. In order to have a chance to win, it is not enough to write a good text or to draw fine illustrations – one has to create a complete concept of a book in which these two elements convincingly interact. The number of people that decided to take up this challenge surpassed our most daring expectations. More than 520 entries perspicuously prove that more and more creatively thinking people get interest in children’s books. We are happy about it and hope that this process will progress, also thanks to our CLAIRVOYANTS competition.

From among submitted works we unanimously selected three projects. One was awarded the main prize, which equals to publishing it in a book form, two others were distinguished with equivalent honorary mentions. We hope however that we will be able to cooperate with a bigger group of participants whose works had drawn our attention, and that this cooperation will bring fruits in form of finished books.

The first honorary mention goes to ‘Jak wielki jest wieloryb?’ (‘How Big Is A Whale?’) by Aleksandra Szarzała. In this work a professional craftsmanship and a sense of humour combine into a whole, consistent and basically ready-to-print book, which might fit a catalogue of more than one reputable publisher.

The second honorary mention is awarded to the project ‘Człowiek jaki jest, każdy widzi’ (‘Everyone Can See What a Man Is Like’) written by Marzena Matuszak and illustrated by Grażyna Rigall. The power of this project lays in a refreshing look at the world of human beings, from a completely unexpected perspective.


The main prize goes to the project entitled ‘Wieża Babel’ (‘Tower of Babel’) devised by Jolanta Nowaczyk and illustrated by Michalina Rolnik. An extraordinarily strong and original concept of this book invites a reader to set out on an intercultural journey. The first sentences that children in different cultures and languages learn from their primers and schoolbooks serve in it as a vehicle. Thus we look into the world that emerges from a written language: the first and most elementary images, which the beginners in reading encounter. In each language this written world reveals in a different way, and following these differences may turn into a fascinating journey. Working together with the authors in order to develop this project and bring up its full potential to the light will be an inspiring adventure for us.

Congratulations to the winners and those awarded the mentions and thanks to all the participants.

We would also like to congratulate to those whose projects were shortlisted to the final stage of the jury sitting. Even though they are not among the winners, their work intrigued the jury members and were very vividly discussed.

48 of the most interesting projects will be presented at the post-competition exhibition in May 2015.
View the list of the projects participating in the exhibition.

Additionally, we would like to inform that during the final exhibition in May 2015 the Pigeon animation studio, a partner of the competition, will announce its special mentions for the projects with the greatest potential to be adapted into animation.

We would like to thank all and each of these who contributed to the success of the first edition of the competition for an illustrated children's book project CLAIRVOYANTS.

We thank all the participants – the authors of the submitted works.

We thank our partners: the Arctic Paper company, the Edica printing house, Moleskine and Lamy companies, the Pigeon studio, which prepared the footage and photo documentation of the competition, as well as the Royal Łazienki Museum in Warsaw and its Education Centre, which made their premises available for the jury sittings.

We thank our honorary partners: the Ministry of Culture and National Heritage, the Book Institute, the mayor of the capital city of Warsaw, the Polish Section of IBBY, the Association of the Applied Art's Creators, the Dwukropek Foundation and the ZORROZ Foundation.

Photographs and videos from the jury sittings to be seen in gallery.
Download samples of the winning projects